A recent study[1] presents very compelling evidence that African American children whose parents (a) prepare them for racial discrimination and (b) teach them about African and African American culture experience greater educational success than their peers. The study was conducted by researchers from the University of Pittsburgh and Harvard University. Results were published in the September/October 2012 issue of the journal Child Development. 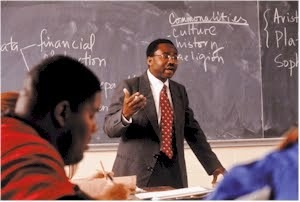 While the study is novel and offers an important perspective for both parents and educators, it is not the only study of this type. This study adds to a growing body of research that is providing evidence that Black children benefit when parents and educators teach them in honest open ways about both racism and about their Blackness. Below are ten interesting facts from the study.

The first five facts are drawn from prior research that was presented in the Wang and Huguley (2012) article.

Fact #1: African American youth have a keen understanding that systemic racism exists and that it works to their own detriment.  This is extremely important to acknowledge. The practice of many parents of Black children is to shield their children from racism by not discussing it and by pretending that it does not exist. However, it is clear from prior research that not discussing racism does not make it go away. Avoiding it is tantamount to sticking our heads in the sand. A more effective approach is to help Black children to better understand racism.

Fact #2: Anywhere from ¼ to ½ of African American teenagers report that they have been either discouraged from joining advanced level courses, unfairly disciplined, or have received lower grades than they deserved because of their race. Members of our research team have characterized this type of behavior as teacher brutality. It is the often unseen and unacknowledged version of police brutality. It receives less attention because it is harder to identify and the effects are not immediately recognizable. However, it is no less real and detrimental to Black children and Black communities.

Fact #3: Discrimination in schools has been shown to result in both psychological distress and lower academic performance. The negative effects of discrimination are more pronounced in African American males than in African American females. It seems that males are more likely to retaliate against perceived discrimination than are females. Teachers, administrators and sometimes peers use the retaliatory behavior to cause further problems for Black male students.

The last five facts are drawn from findings that resulted from the study conducted by Wang and Huguley (2012).

Fact #6: Teacher discrimination was shown to negatively impact all four academic areas (academic performance, educational aspirations, school identification, and cognitive engagement). On one hand, this is not rocket science. It is a rather obvious outcome. There is an old saying that, “if a man will not treat you right, he will not teach you right.” On the other hand, little has been done in policy or practice to acknowledge or address this obvious outcome. For example, there are no widespread efforts to keep racist teachers out of classrooms with Black students. There is no effort to even test teachers to assess their degree of racial bias.

Fact #9: In the face of discrimination, either from peers or from teachers, African Americans showed lower school identification. This is great news! Black children do not like being mistreated. Nobody does. What is more, neither cultural socialization nor preparation for bias changed this result.

Jomo W. Mutegi, Ph.D. is an Associate Professor of Science Education at the Indiana University School of Education in Indianapolis. He is also a member of the (ES)2 Research Program, which works to advance STEM curricula that position people of African descent to improve their current social condition. To learn more about the (ES)2 Research Program visit: www.ES2RP.org.

[1] Wang, Ming-Te, & Huguley, James P. (2012). Parental racial socialization as a moderator of the effects of racial discrimination on educational success among African American adolescents. Child Development, 83(5), 1716-1731.
Posted by Unknown at 7:00 AM